The Feast Day of Australia’s first saint, Mary of the Cross (MacKillop) is celebrated on 8 August – this coming Saturday. On this day, we recall and give thanks for the great work of this wonderful lady; especially with respect to her promotion of education in the faith throughout Australia.

Given the recent incident at after school care with the approach of a stranger, I urge parents to have a discussion with your children about strategies they can use for dealing with an approach by a ‘stranger’ or if they feel unsafe at any time. A good rule of thumb when you are out and about is: It’s OK to talk to a stranger in the presence of mum/dad/carer but not if one of these is not present. Please also reiterate that nothing is ever too awful to discuss with an adult who loves and cares for the child; that it is important to let the adult know any information and how they are feeling so that the adult can help to keep the child safe.

Update for Families on COVID-19

Rosary School and Catholic Education continue to take advice from health authorities in relation to COVID-19. The Catholic Education Office has a team that is actively monitoring the COVID-19 situation as it develops, paying particular attention to local hotspots and organising support for schools where required. Our school is practicing all safe hygiene practices in line with government advice. We understand that the situation is fairly fluid and we will communicate directly with you should there be any important changes in relation to our school operations in the coming weeks. We remind all families:

Mrs Kath Watson will be taking leave from Monday 10th August (the beginning of next week) for the remainder of the year to study full time at the University of Canberra. Mrs Watson will not be a stranger to us during this time as she will do a number of relief teaching days when she is available. Mrs Mara Pangallo has been appointed to the class and will teach full-time for the period that Mrs Watson is on leave. Mrs Pangallo is well known to the students in her capacity as a regular relief teacher and is, of course, well known as a long-standing member of the Rosary parent community. We welcome Mrs Pangallo to the staff and thank her for her commitment to our school. I take this opportunity to wish Mrs Watson all the very best with her studies and look forward to seeing her on the occasions when she is teaching in a relief capacity for us.

Thought for the Week:

Find happiness in making others happy.

All students enrolled in the sacramental program should now have their packs.

Please return your preference for a Thursday or Friday liturgy by 21 August.

Please return the following by 11 September:

Candidates, please ensure that you attend a Mass throughout the month of August. Introduce yourself and hand your signed Commitment Card to Fr Mannes or Fr Raf after Mass.

Holy Rosary Mass times: Saturday 5pm or Sunday 8am, 10am and 5pm.

​Click on the link below to go the readings and activities for this Sunday. 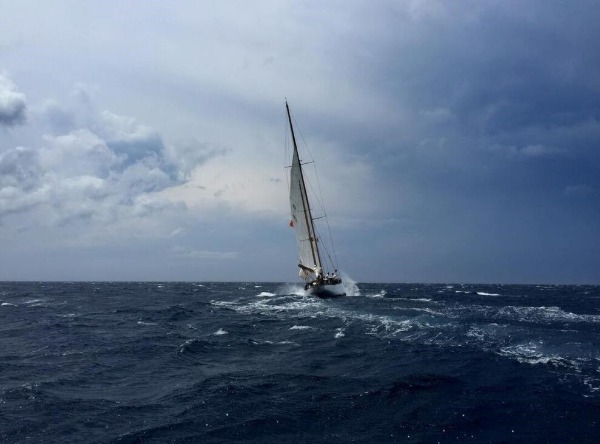 SACRAMENT OF FIRST EUCHARIST
Due to the pandemic, the Sacrament of First Eucharist will not proceed this year. Instead, the Sacrament will be offered to all students in Years Three and Four next year.

At this stage, it is looking like we will be able to proceed with the Sacrament of First Reconciliation as scheduled. However, this will be confirmed closer to the date.

Dates for Your Diary

The school calendar has been reviewed in light of the increased risk in the community and in line with Catholic Education protocols and advice from the ACT government and health authorities. Unfortunately, this means that we have had to remove most events from the calendar for this term and beyond. We cannot conduct events where large numbers of adults are likely to be present so this affects events such as school assemblies, Grade Masses and Liturgies, the Fathers’ Day Stall, School Disco, the Boorowa Touch and Netball Carnival and the like. Some school events will occur but will not be advertised on the calendar as they will be for staff and student attendance only. Hopefully, we will be able to reinstate all of these community-building events next year!

I thank you for your attention to these important matters and for your cooperation in ensuring that our community remains a healthy and safe place for all. 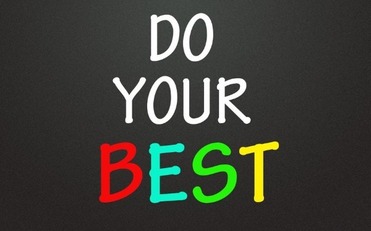 Congratulations to the following students who recieved a BEST Award:

For the information of parents, there are a number of activities that take place at lunch time across the week that you may like to encourage your child to be involved in. These provide an alternative to outside play:

An annual satisfaction survey of parents, students and staff will be conducted on behalf of all Catholic schools in the Diocese this term. The surveys are designed to gather feedback from parents, staff and students about our school and will be used to inform school improvement. Responses are confidential and individuals can not be identified.

The surveys will be launched via email on Friday 7 August 2020 using the email addresses supplied to the school. If you do not receive an email with a link to the survey, you can access and complete the survey at the following link. https://www.research.net/r/rosarypsparent2020

Our students are very much enjoying our Library programme this term engaging with the Children's Book Council of Australia Shortlisted 2020 picture, novel and non-fiction books. We all LOVE celebrating and sharing high quality literature during our Library lessons in preparation for Bookweek. This year, like so many endeavours, Covid 19 has had its impact. The CBCA have moved Bookweek to week two in October, the 19th-23rd. This meant that I also moved our annual Scholastic Bookfair from this term to next. We normally have a day within that week where all students and staff dress-up as their favourite book character. We will confirm details closer to the new date. We hope that we can still go a head with our plans but with no 'crystal ball' in our possession, it's a wait and see!

Secondly, we are collecting the Coles Little Treehouse books to create sets that can be used in our primary classes. If any families can contribute to our collection, please send them into the front office. 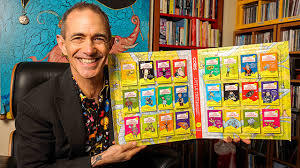 Thanking you in anticipation,

The U7’s braved both the (very) cold and the (very VERY) foggy Saturday morning as they ventured east to face off against the Gungahlin Reds at Victoria Park in Yass.

The Gungahlin Reds proved to be formidable opponents, with some sizeable players, however the U7’s confidently matched them and held their own on the field. Ted and George both demonstrated excellent ball handling and passing, with Charlotte and Hamish ducking and weaving their way to success. Josh, Louis and Charlie continued to dominate the back line, using their height and speed to successful pre-empt a number of opposition runs; stopping them in their tracks.

The U7’s are working cohesively as a team and growing in their abilities. Onto next weekend at our Home Ground!

It was always going to be a tough road trip to Yass and it was not made any easier by the cold and foggy weather that greeted the players when they arrived.

Unfortunately, a two-game winning streak came to an end for Rosary against a very strong Wests team. Early in the match the two teams were quite evenly matched but as the game wore on Wests managed to more effectively maintain possession of the ball and steal possession from our players. Nonetheless, there were some notable positives to take from the game, not least of all the determination that the mighty Rosary U8 team showed in not giving up and continuing to do their best up until the final whistle.

Once again, all players made a wholehearted contribution to the team on Saturday. It is worth recognising:

Chin up Rosary U8, you will learn a lot from this game and will no doubt come back better than ever this week!

Another week in Division 1 of the Under 11 competition and another massive improvement from the boys.  Queanbeyan were a big team but as has been the case all year the boys relished the opportunity to tackle anything that moved.  Our team defence improved out of sight from the previous weeks and it was good to see more of the team sharing the load.  Once again the team was led well by Remy who was captain for the week.  He kicked really well but was well supported by Bryce and Cooper who chased those kicks tirelessly.  Willy Coote and Sam got better as the game wore on and had the Queanbeyan opposition looking to get out of the way when they got the ball.  The match was a very even affair with Rosary having a chance to win it in the last seconds of the game.  Unfortunately this didn’t come off for us this time and Queanbeyan got away with a 17-14 win.  The good sportsmanship the boys showed at the end in what was a disappointing finish is something that was uplifting to see. There was not one player on the field that didn’t contribute in some positive way.  The new players Lukey W, Lewy and Aiden P have all been making great progress since joining the team.   This team will get its rewards for its hard work at some stage, maybe even this weekend. 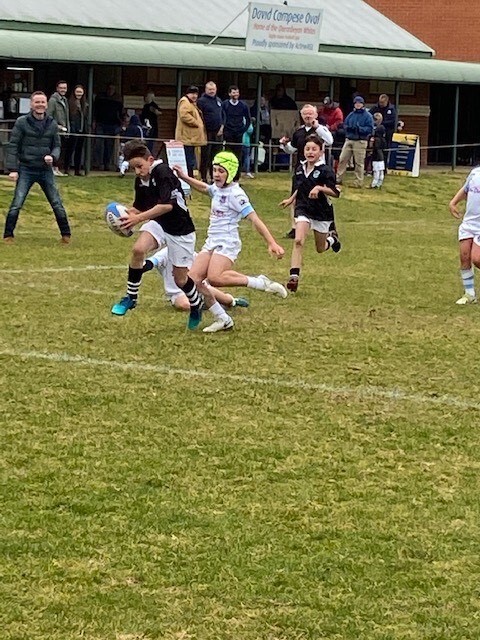 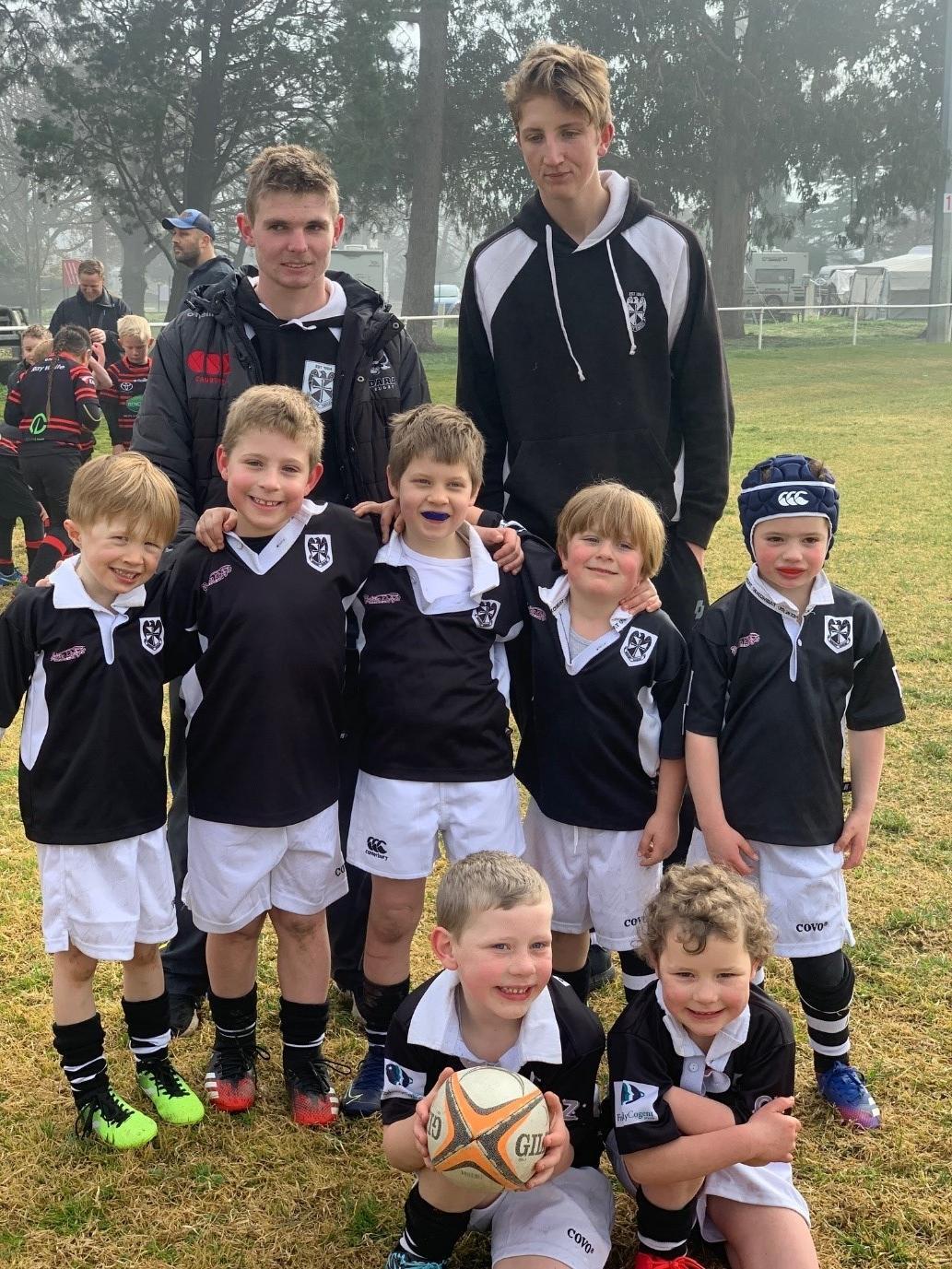 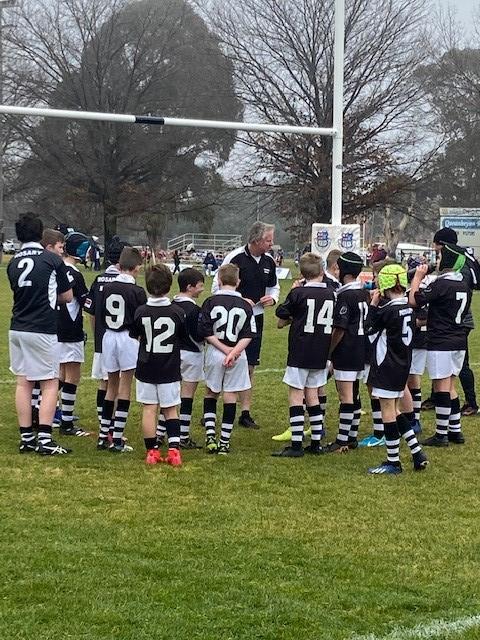 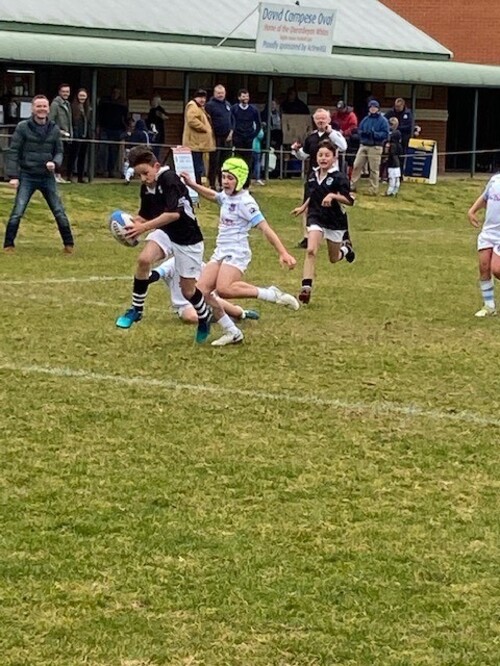 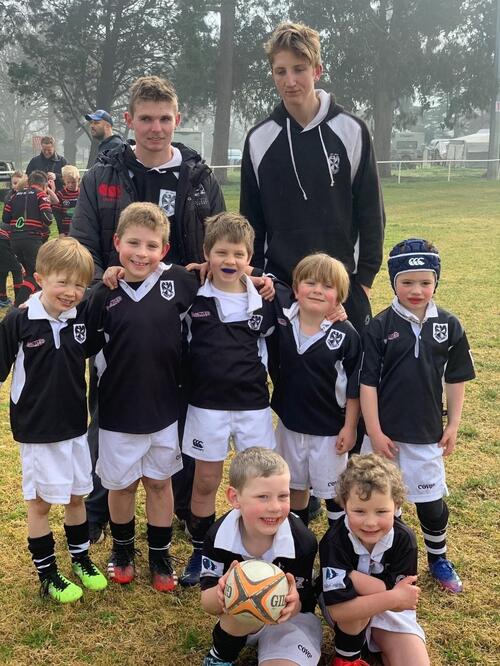 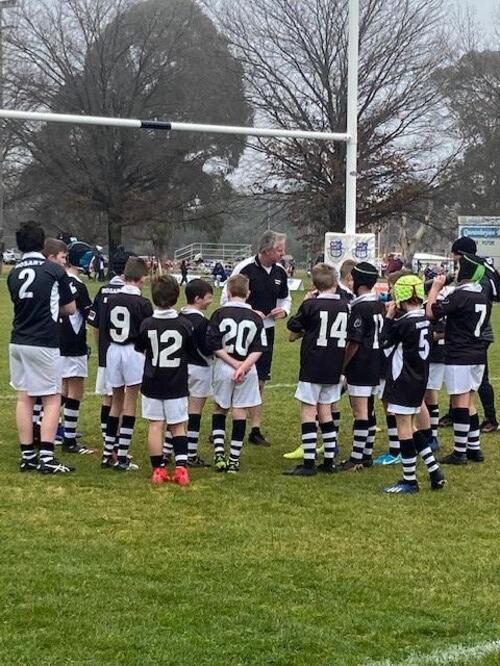 The Rosary Clothing Pool is open to families to purchase second hand uniform items for $5 per piece.  Please note that currently only one family is allowed in the room at any one time and hand sanitisation is required upon entry and exit.  A key is available from the front office to access the room during school hours for your convenience.

All new uniform items can be purchased from Personally Yours.  They are located at 218 Gladstone St, Fyshwick ACT 2609 and can be contacted on 6280 4166.

The Rosary Community Council Representatives for 2020 are:

Should you wish to contact the council please email: rosarycouncil@gmail.com 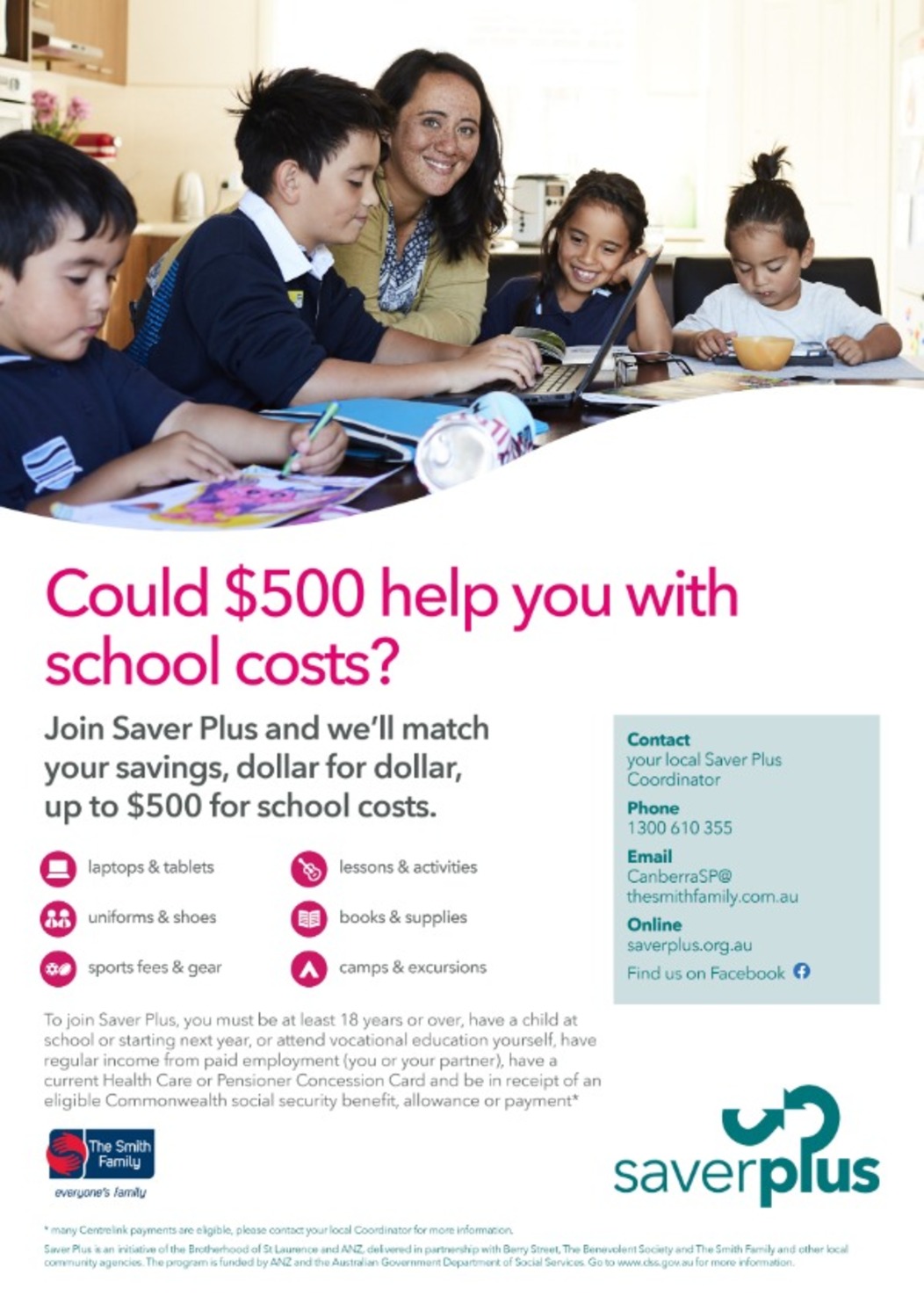